ADVOCATE APPAREL INSPIRED BY one of the fastest, most dynamic fish in the sea 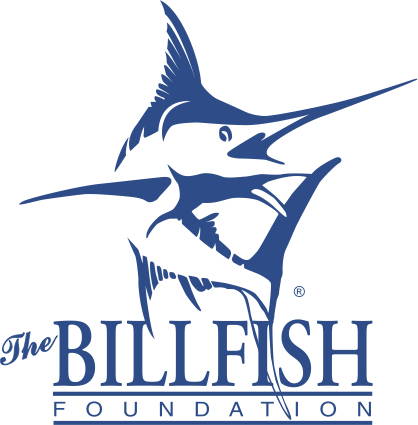 Sailfish (Istiophorus)also known as billfish (along with swordfish, marlin, and spearfish) are characteristically known for their elongated nasal bones which form the “bill”, and their dorsal fin (known as a sail) that stretches the length of their back. Their aerodynamic bodies and long bills are built for speed, and many consider them to be the fastest fish in the ocean. This speed, agility and dynamic nature make them one of the worlds most renowned sportfish for recreational anglers.

Our purpose in creating this print is to tell the story of these fish and capture some of the iridescent colors that make them so special. As one of the ocean's top predators, they play an important role in the ecosystem and as prized sportfish they sustain important recreational fisheries, making them both economically and culturally important. We believe fishermen (and women!) can be some of the strongest advocates for the ocean and the species that inhabit it. Our Tag & Release Sailfish print represents this exciting species and promotes responsible fishing practices.These include tag & release fishing and minimizing the stress experienced by a fish while caught. Continued research, education and responsible policy management benefits both sailfish populations and the recreational fishing industry that advocates for them.

In addition, 10% of profits from your purchase of our sailfish printed gear will go directly towardsThe Billfish Foundation (TBF). TBF is a not-for-profit 501(c)(3) organization with a mission of conserving billfish worldwide through research, education and advocacy. Their keystone program, the traditional tagging program, was begun in 1990 and today it has grown to be the largest private international billfish tagging database in the world. TBF receives about 6-7000 tagged fish reports and about 7-10,000 released fish (without tags) reports each year globally, totaling nearly 250,000 tag and release records which provide vital information for billfish conservation. The deployment of traditional tags and the data gathered from recaptured billfish provides valuable scientific data to further understand growth rates, migratory patterns, habitat utilization, and post-release survival rates. To learn more about how you can help conserve billfish, click here.