The high level of stretch and recovery of this fabric allows for flexible, 3 category sizing. Use your typical bra size and the chart below to find your suggested size. If you're in between sizes, you’ll likely want to size down. 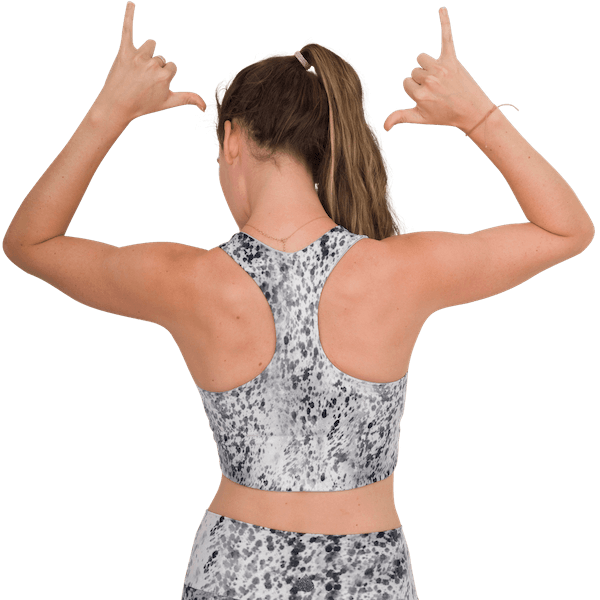 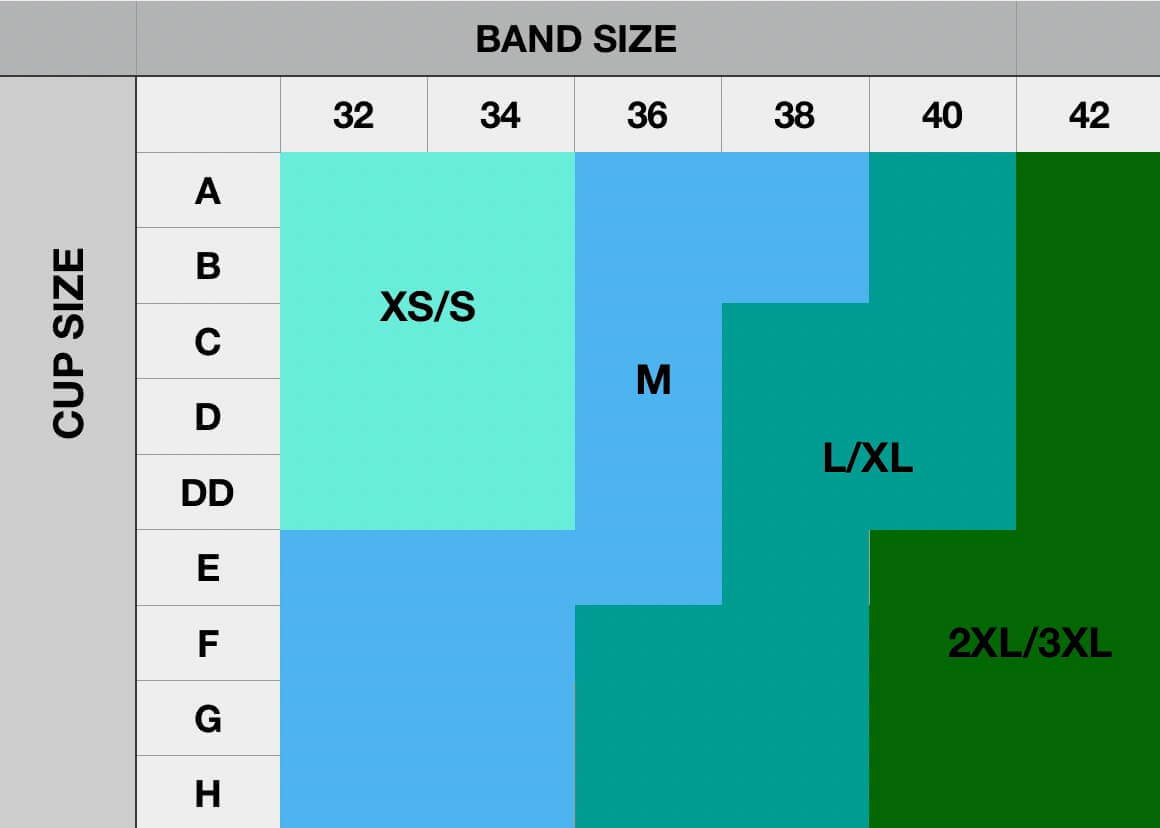 Are you a sea fan-atic? Coral reefs contain the most diverse ecosystems on the planet! They provide vital shelter for marine organisms and help protect our coastlines from damaging effects of coastal storms and waves.

10% of profits from your purchase will go directly toward the Mote Marine Laboratory's Elizabeth Moore International Center for Coral Reef Research & Restoration, to help study and restore various coral species to protect Florida's Coral Reef from functional extinction. Coral reefs are one of the most diverse ecosystems in the world. In fact, they offer so much diversity that they are considered the underwater rainforest. Throughout the globe corals are declining from ocean warming, acidification, pollution, disease, and human interaction. In North America, there is only one continental barrier reef - Florida’s Coral Reef. Since the 1970’s, Florida’s Coral Reef has lost approximately 90% of its stony corals. Mote Marine Laboratory Scientists are fighting for its recovery. Using science-based restoration techniques, Mote has outplanted nearly 100,000 coral fragments since 2008. ​Corals outplanted by Mote have 90% survival after their first year, underscoring that our scientific approach is making a real difference. Florida's Coral Reef has always been a delicate and intricate ecosystem, but today, its future truly hangs in the balance. Now, Mote's research and restoration efforts matter more than ever. 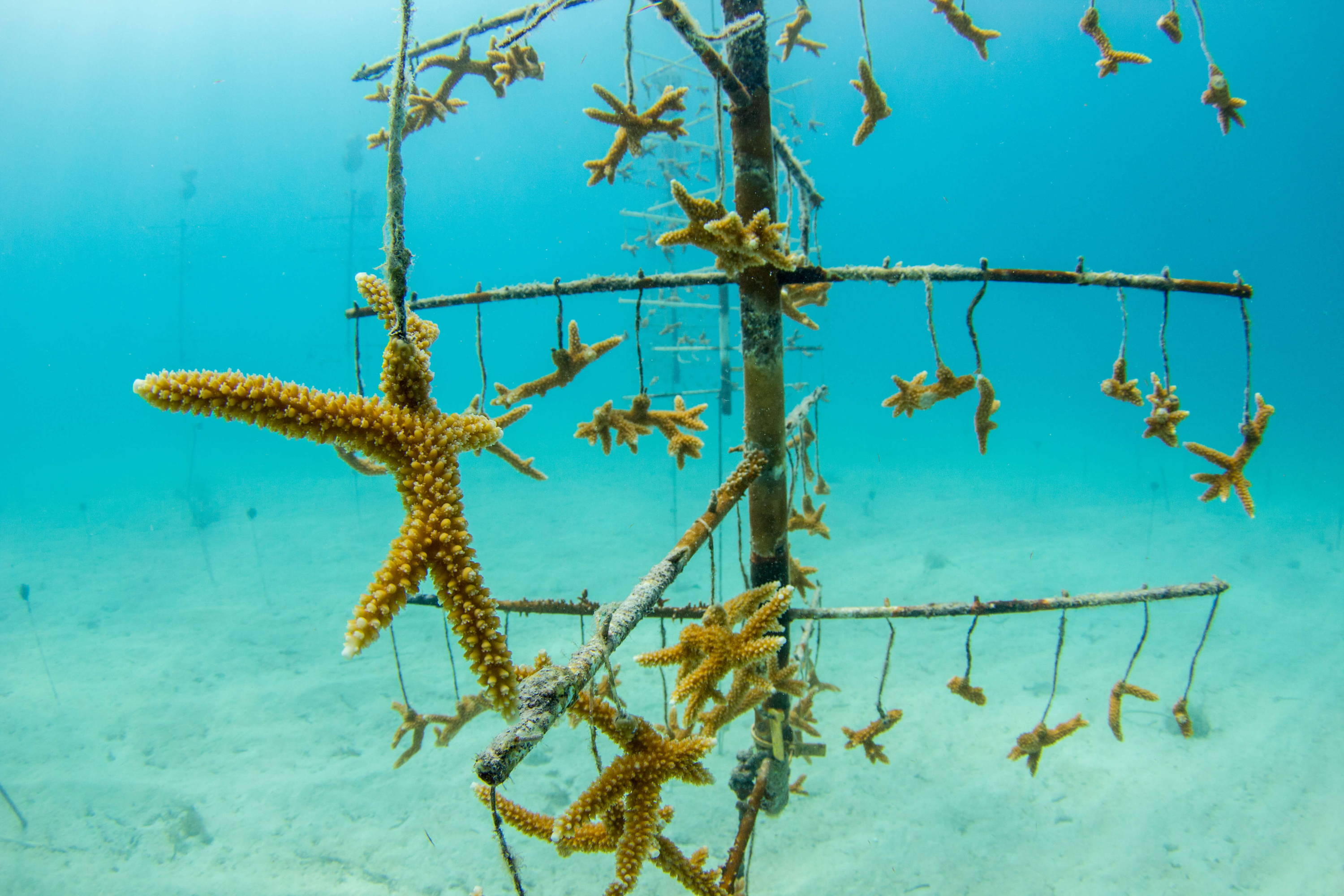 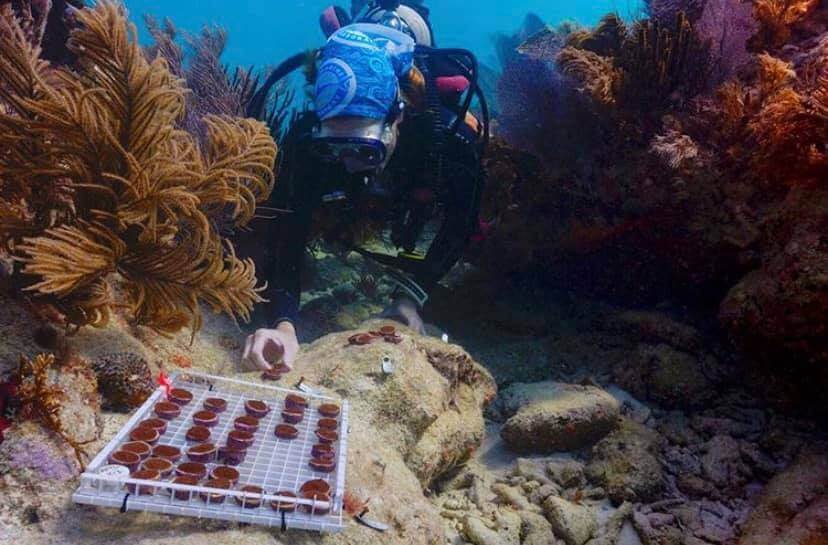 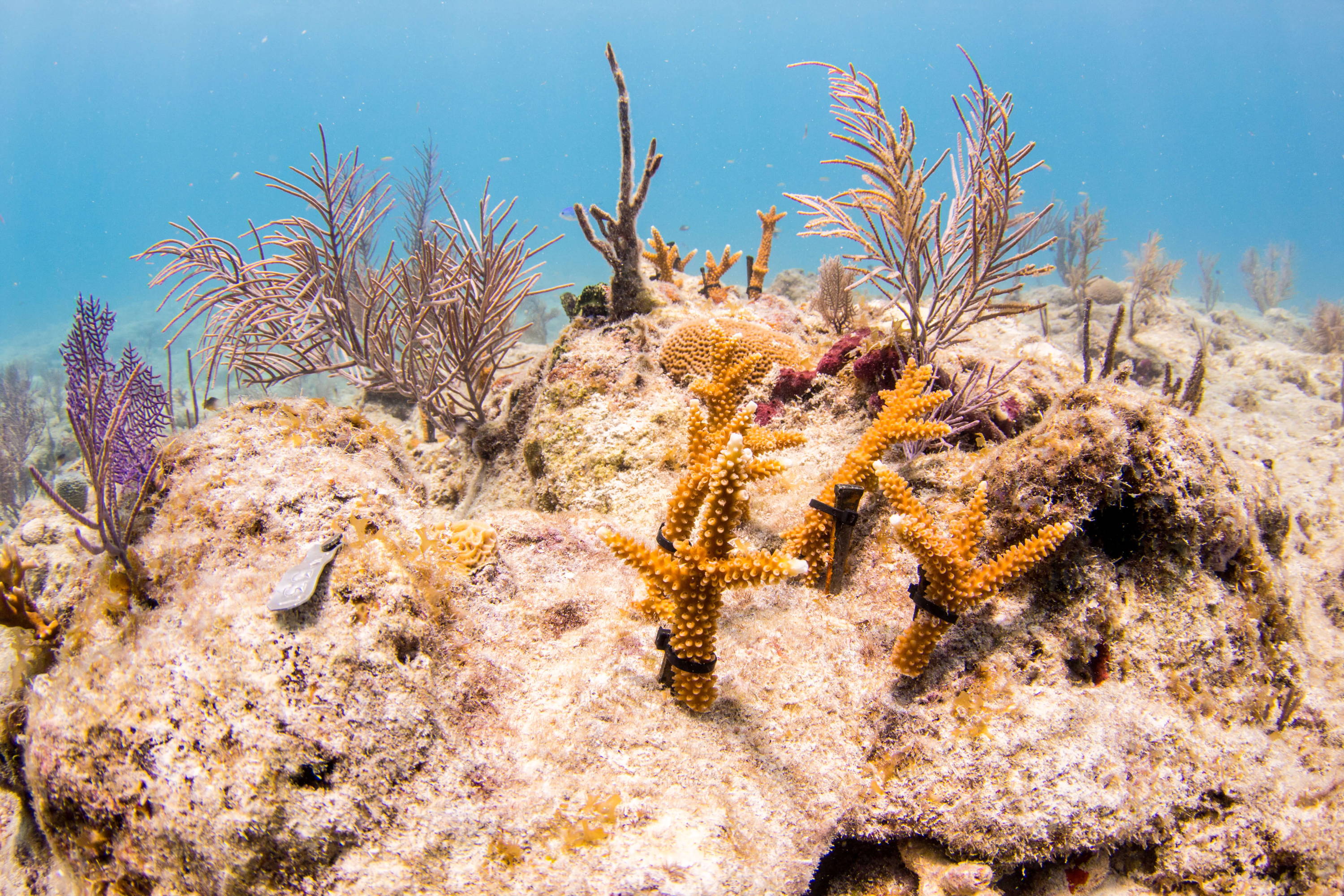 Mote scientists are studying coral genetics and biology with the goal of growing and restoring corals that can withstand long term challenges, including the climate-change impacts of warming water and ocean acidification.​ Mote Marine Laboratory & Aquarium’s Elizabeth Moore International Center for Coral Reef Research & Restoration​ is spearheading efforts to revitalize coral reefs in the Florida Keys.​ When coral reefs decline, so does our "shield" against storm impacts. During Hurricane Irma in 2017, Looe Key reef saw swells exceeding 20 feet while Mote's Florida Keys campus nearby saw only 5-foot swells, thanks to the reef's protection. Coral reefs also support diverse marine life, including sportfish species that make Florida the fishing capital of the world. Florida's Coral Reef is an ecotourism destination, and in total it's estimated to contribute more than $8 billion to the state's economy.

Florida's Coral Reef is truly unique, and so is Mote's effort to restore it through science. Mote is the only organization able to complete every step for resilient coral restoration, including: coral sexual reproduction; rearing corals from babies (larvae) to adults; identifying coral genetic varieties and testing them for resilience to stressors; producing more corals through asexual fragmentation; planting corals onto depleted reefs; monitoring their success; and using adult corals that we've raised as parents to start the cycle again. Your purchase includes a 10% donation for Mote's coral research and restoration. Thank you for helping to protect and restore Florida's Coral Reef for generations to come. 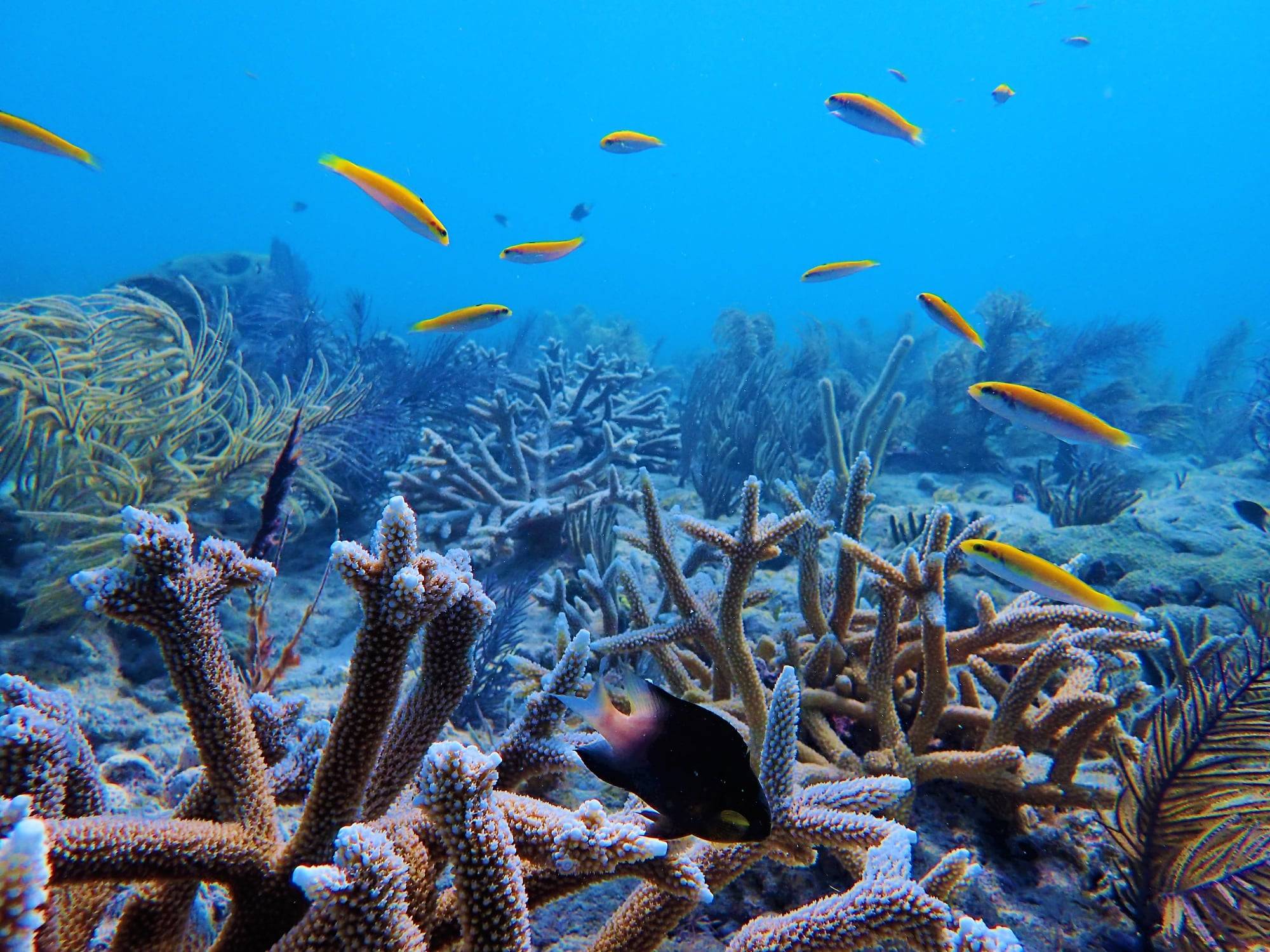 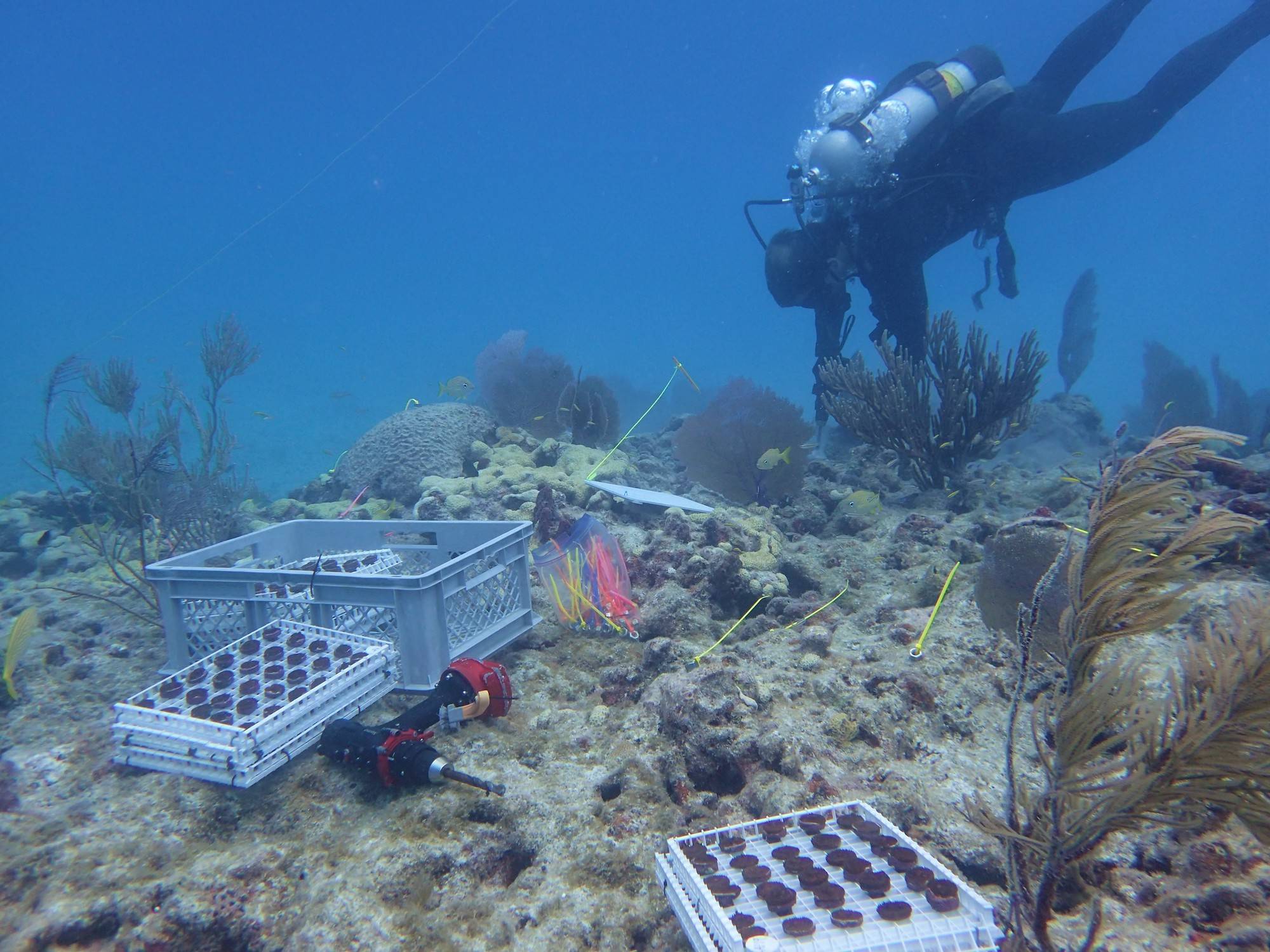 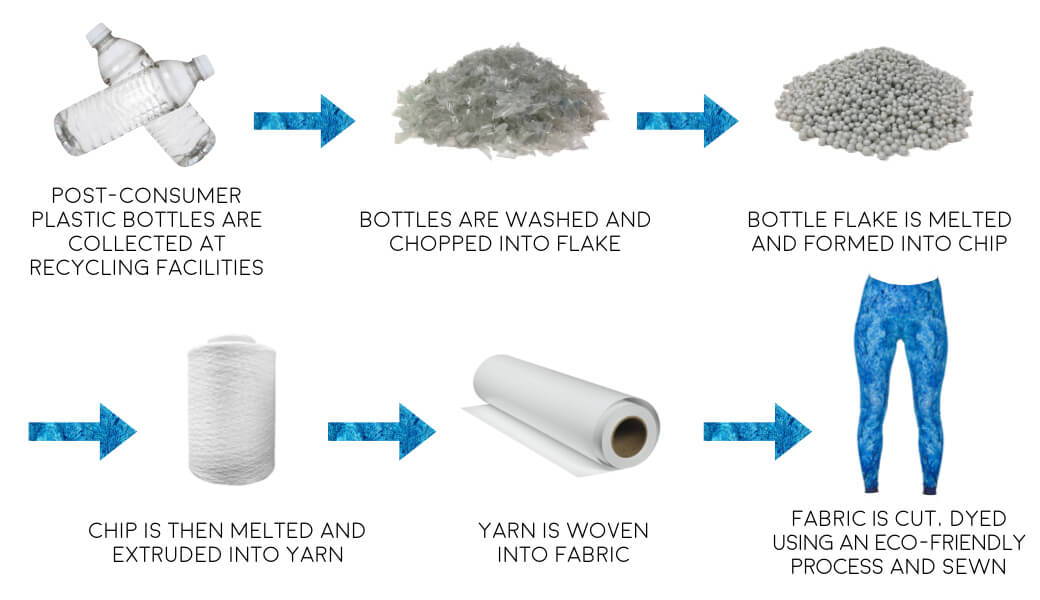