Size Guide for Leggings and Shorts

Find your hip and inseam measurements and match to the chart below to find your size. If you're in between sizes, consider sizing up for an easier fit, or down for a more form fitted and compressed feel.

The waistband is tapered in at the top to stay put through all your activities. If you’re in between sizes and carry most of your weight around the waist, we might suggest choosing the larger size.

Our legging inseam lengths are customizable to suit your height or preference. For more information on how to customize your inseam length check out this video. 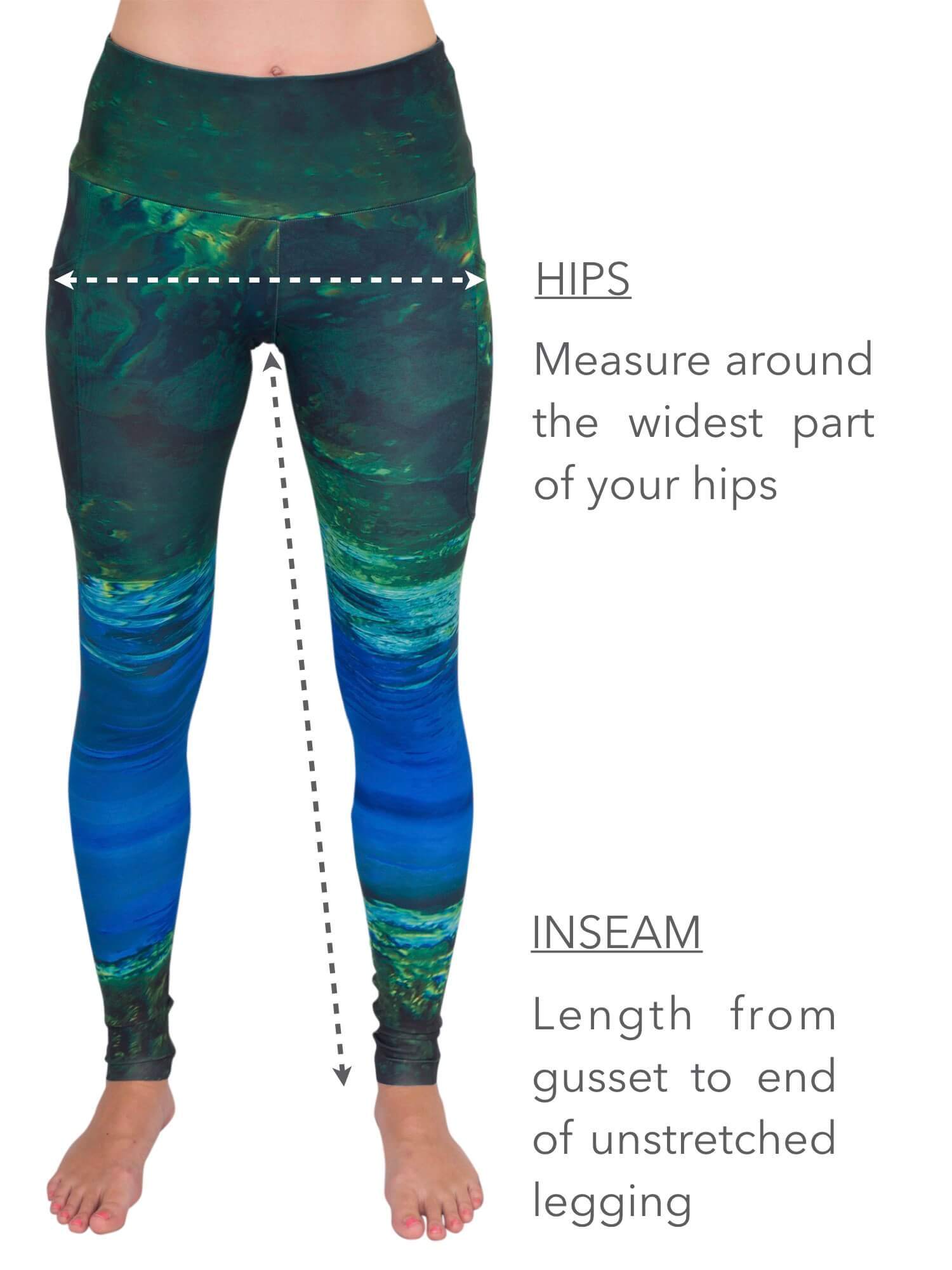 Intimidating stripes cover one of the ocean’s largest apex predators. Sitting atop the marine food pyramid, tiger sharks play a significant roll in balancing the tropical and temperate water ecosystem, which is why we celebrate their beauty and support research that informs management of their population. 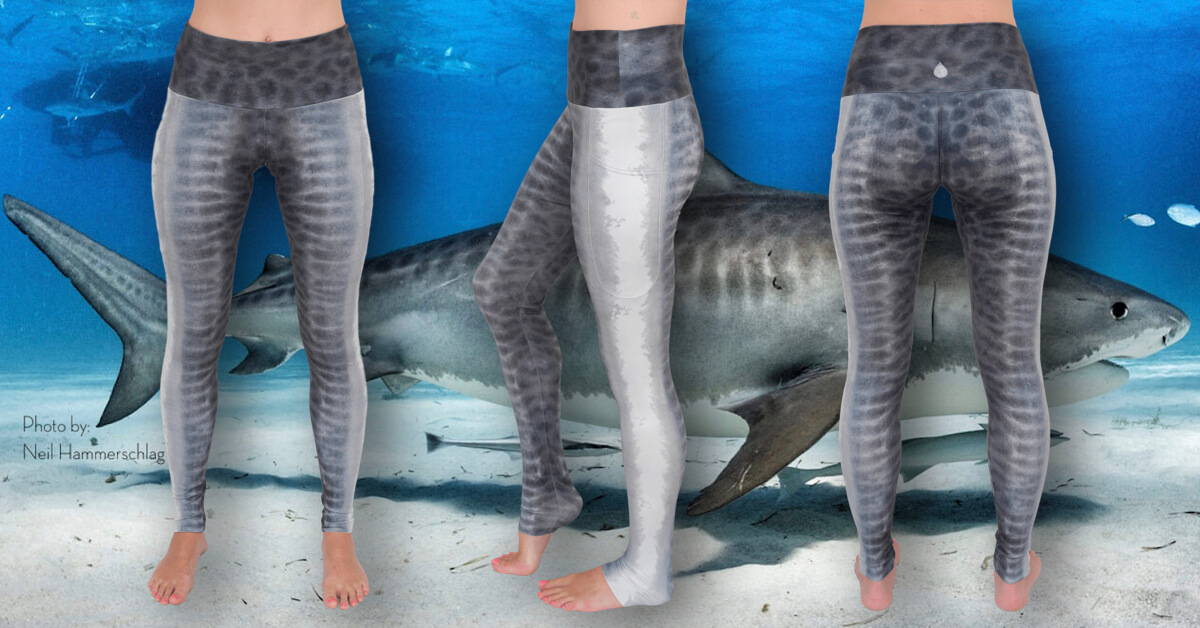 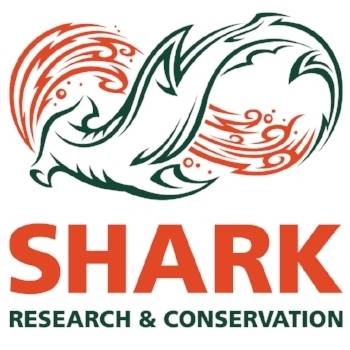 10% of profits from your purchase will go directly toward the Shark Research and Conservation (SRC) Program at the University of Miami,helping to fund important research focused on the ecology, movement and conservation of tiger sharks as well as other local shark species. In addition to research, the SRC program is actively aimed at student education and community outreach through extensive citizen science and internship programs.

Tiger sharks (Galeocerdo cuvier) are classified by the International Union for Conservation of Nature (IUCN) as “Near Threatened”, and thus, research, education and outreach is essential to ensuring healthy populations. As one of the ocean’s largest predators, these critical species sit at the top of the food chain, helping to regulate the delicate balance of populations of those beneath in the ecosystem. Decreased populations can result in trophic cascades, impacting the abundance and behavior of other species lower on the food chain. Multiple research methods have shown that some species of sharks have declined in population by 90% or more during the last several decades in areas where they were formerly abundant. These declines are due to direct targeting in commercial fisheries, mostly for their fins and sometimes meat. Additionally, sharks are often caught unintentionally as bycatch in many other fisheries, caught and killed in some recreational fisheries (unlike catch and release), and may also be impacted by humans more indirectly through threats like habitat loss, pollution, and human-driven declines in the fish species sharks rely on for food. 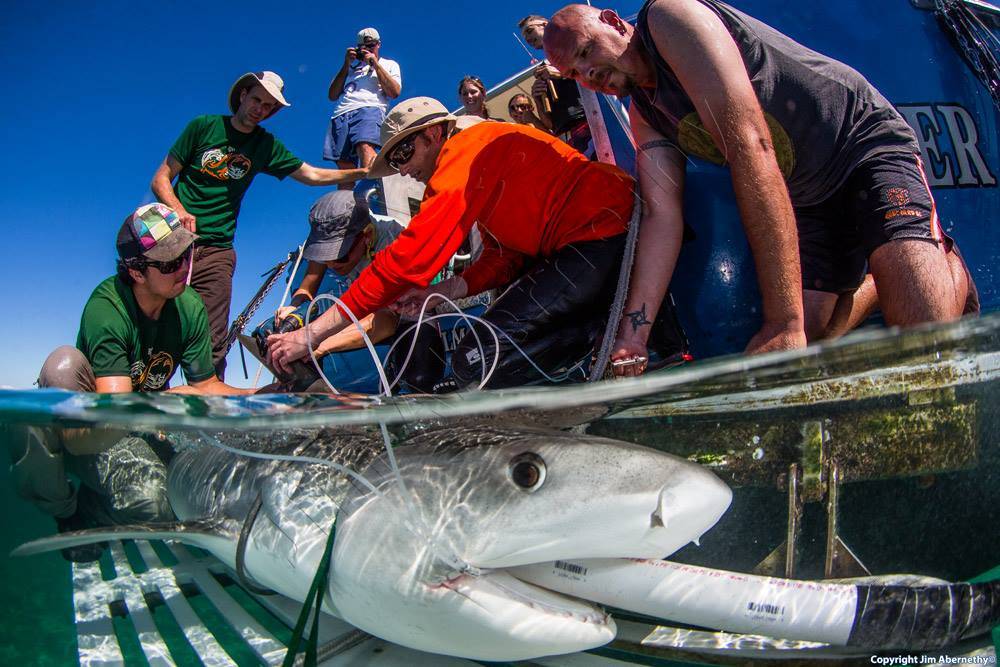 A female tiger shark rests on the submerged platform with a water pump flushing oxygenated ocean water over its gills as the team attaches a satellite tag. Image by Jim Abernethy. 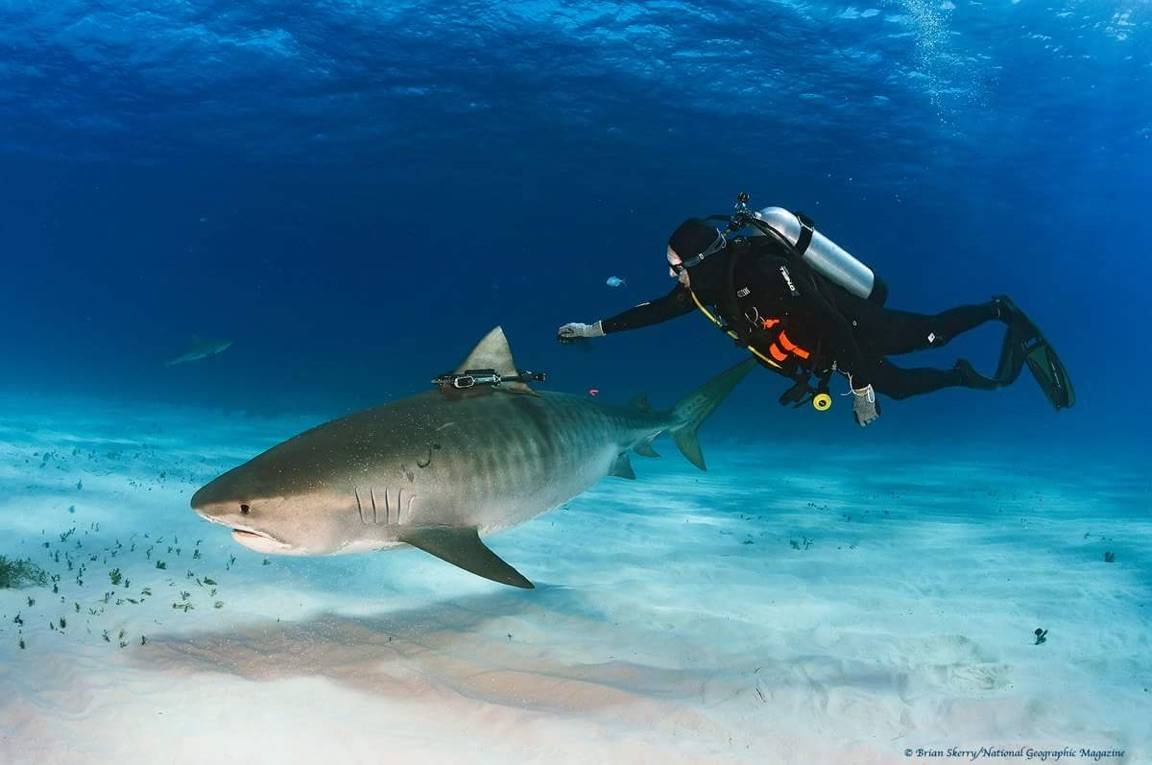 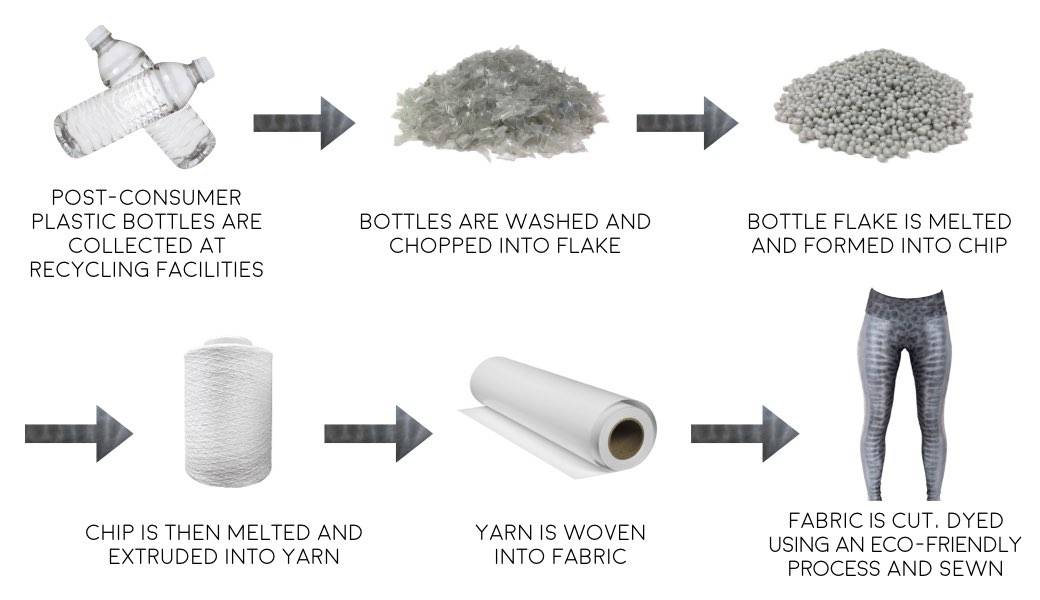 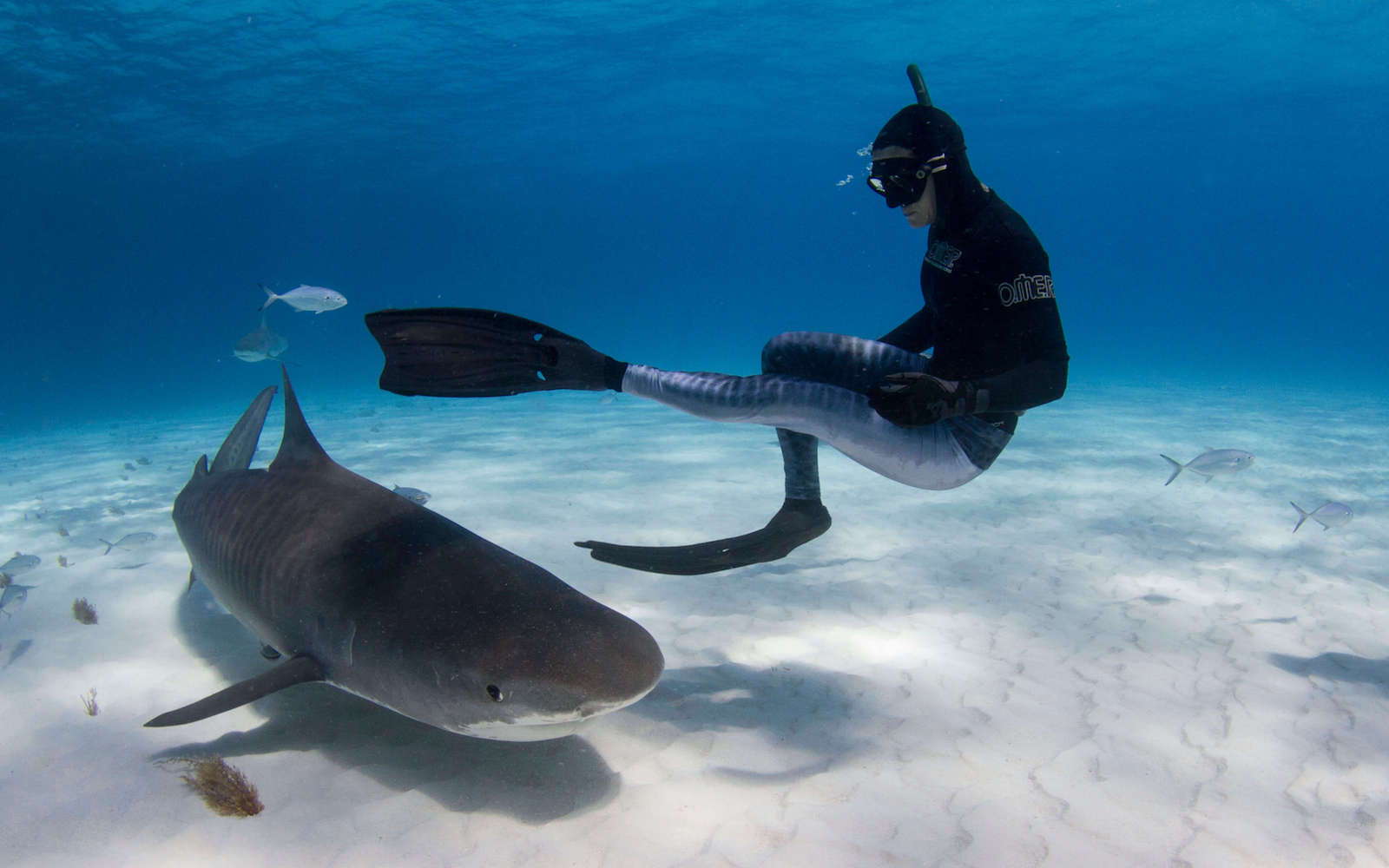 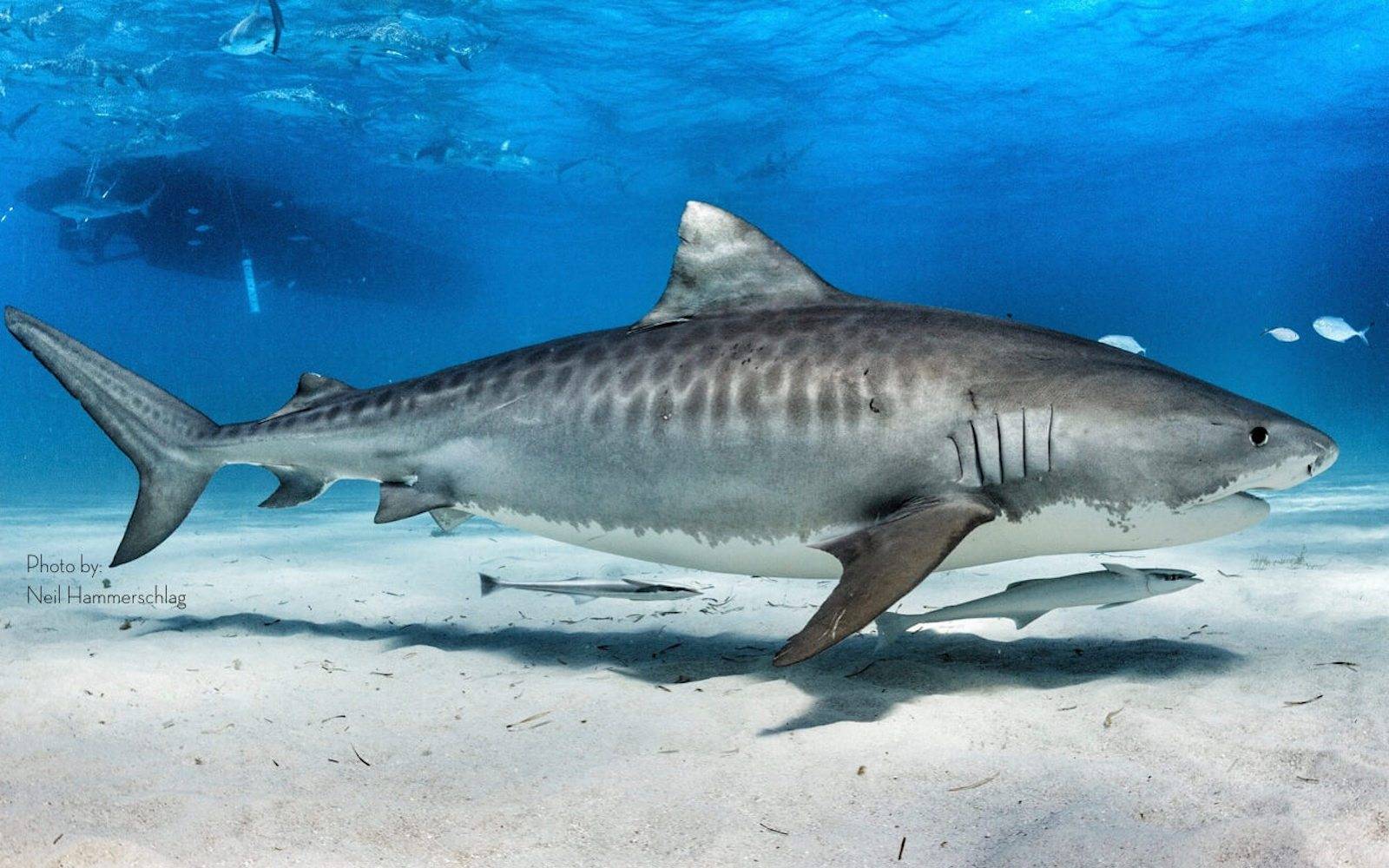 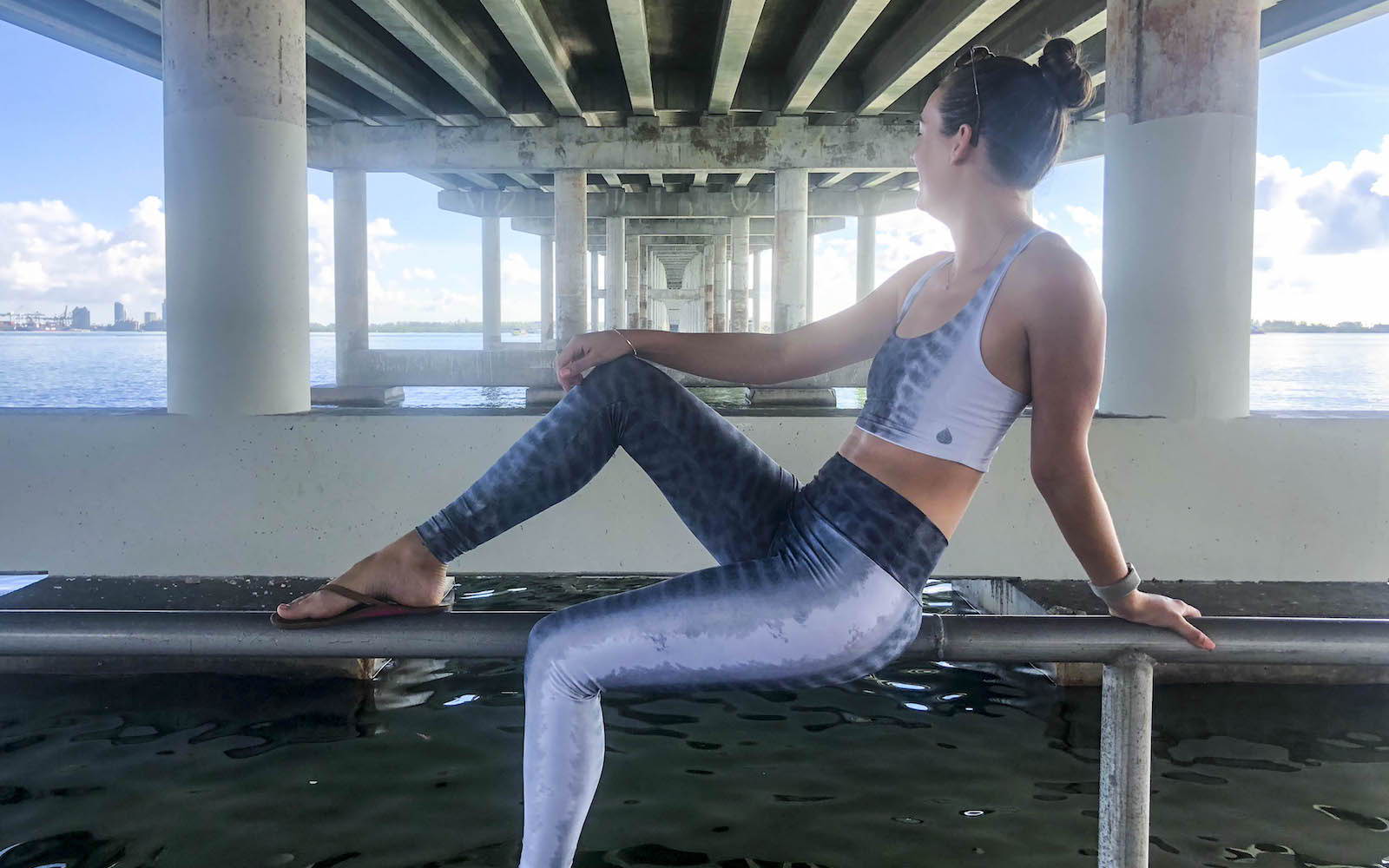